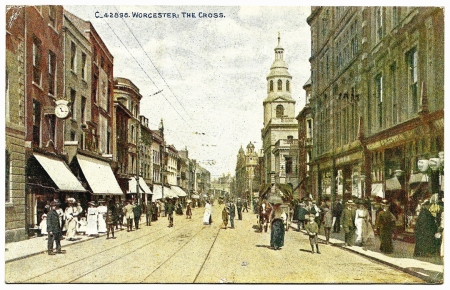 CITY POLICE. MONDAY. OBSTRUCTION BY BETTING MEN. … William Forsyth, Tything …summoned for causing an obstruction at the Cross, on Wednesday last. …the cases against Forsyth and Powell were adjourned in order to enable them to call witnesses. [Worcestershire Chronicle]

CITY POLICE. MONDAY. ANNOYANCE BY BETTING MEN. William Forsyth, Tything… Forsyth called two witnesses, one of whom, named Turner, deposing that he was not on the pavement during the time named by the officer. Forsyth was fined 10s. and costs… [Worcestershire Chronicle]